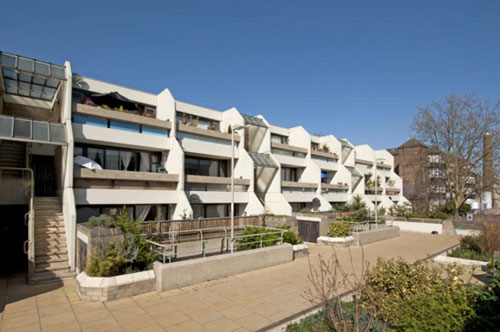 Once upon a time (at least, in some areas), social housing was a way for architects to express themselves. Which is how this 1970s Peter Tabori-designed modernist maisonette in Highgate New Town, London came into being.

Camden was one of the more progressive boroughs and Peter Tabori, who trained under Erno Goldfinger, was behind some of its more notable developments – like the one in Highgate New Town. It dates to 1973 and still looks ahead of its time now. Testament to a design that really was well outside the mainstream. No longer social housing today though, these places have been up by private buyers, especially fans of modernist architecture. 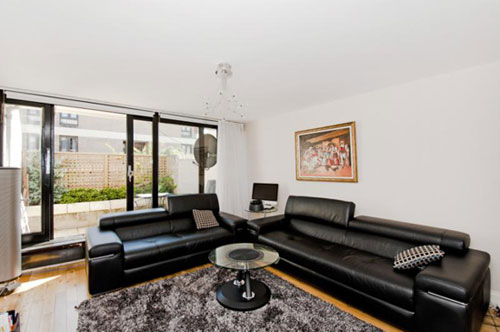 This one has been renovated to offer up a blank canvas and flexible space. But essentially, you get a 37 ft kitchen/reception room opening onto a south facing patio, two double bedrooms (both opening onto a private garden), a further bedroom/study, a family bathroom and a utility room. There's also 'ample storage' too and a garden that might need a bit of work. 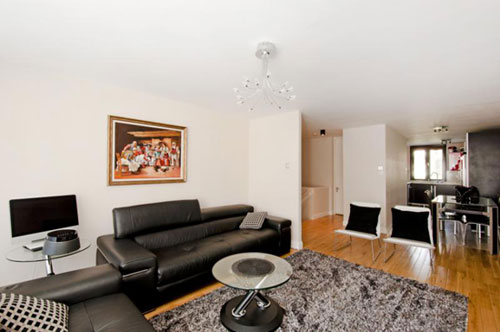 As we said, sought-after places these days, which might explain the £489,950 price tag. More images on the listing.

Find out more at the Zoopla at eBay website 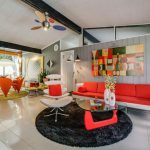