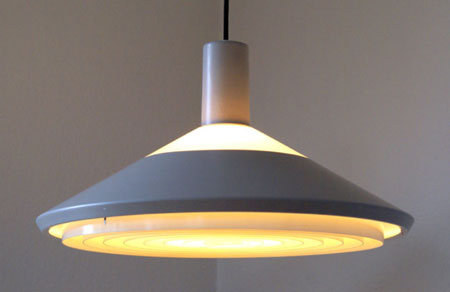 You see a lot of 'in the style of…' Poulsen listed on eBay, but this is a genuine 1960s Louis Poulsen Klassependel pendant light. With no bids, it could be a bargain too.

Described by the seller as being in 'as good as new' condition, this Danish design dates from 1967 and although it has a new cord, it does have the original light grey paint, which is contrasted white in the inside.

The shade is made of aluminium, with an internal 'acrylplastic' section for an uplight effect as well as the light from the bottom of the light.

There's a 'buy it now' on the lamp, but crucially, there's also a bid price of £31.49 with no reserve. So you could get yourself a midcentury gem for a modest price if you bid wisely. 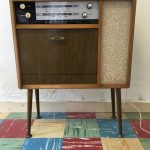 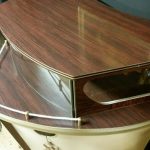