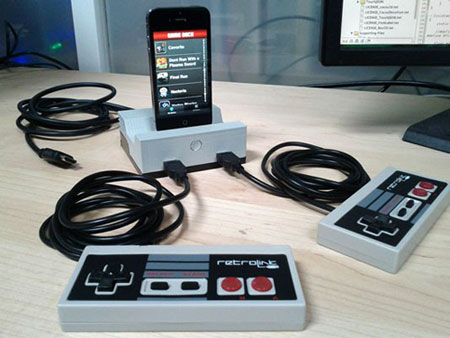 I know what you are thinking – and we suspect the similarity of the GameDock to the Nintendo NES isn't an accident.

GameDock is the latest way of getting old school gaming via your iPhone. But rather than rely on the small screen mini controls, GameDock goes old school, bringing your TV or large screen, along with dual play into the mix. 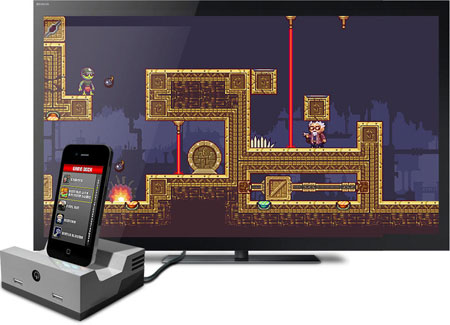 Plug in your iPhone, iPod touch or iPad using Bluetooth, connected to the TV, then hook up the USB controllers.You are now playing video games just the way you used to. Except the games don't require expensive cartridges, as the system is compatible with the established iCade system, which offers the likes of Asteroids, Centipede and 100 other classic arcade games.

It's not quite ready to go yet. The company behind the venture is almost up to its funding target though, so expect to see it later this year, If the price is right, we're all over it. You can see a video of it in action below too. 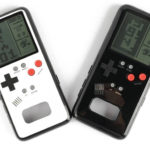