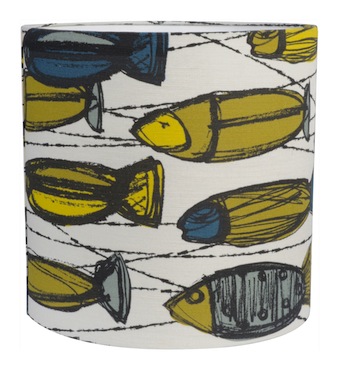 We've featured Maria Hatling's mid-century inspired prints and textiles before. Now the designer has teamed up with Heal's to produce a line for their Heal's Discovers range.

The range – which includes a rug and cushions as well as the lightshade pictured – is typical of her work, with sketchy designs in a mid-century palette. The Little Fishes design specifically references her Norwegian childhood, with the fish being a common motif in Scandinavian design (take a look at Marianne Westman's 1950s My Garden for example).

The printed British cotton lightshade will cost you £75 while a cushion costs £55.

Sound of the Suburbs plate from Mini Moderns 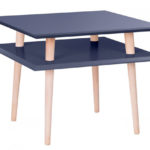