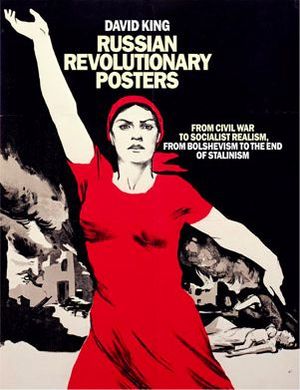 Russian Revolutionary Posters is a comprehensive history of Soviet propaganda art throughout the 20th century, from the Constructivist & Modernist 1920s to the futuristic mid century and beyond.

Arranged chronologically, it goes through the development of the Soviet poster, from the revolutionary period at the beginning of the 20th century through to the death of Stalin, displaying dramatic shifts in graphic art and design alongside the political arena. Featuring an array of iconic works, this visual feast is sure to delight any fan of 20th century graphic design.