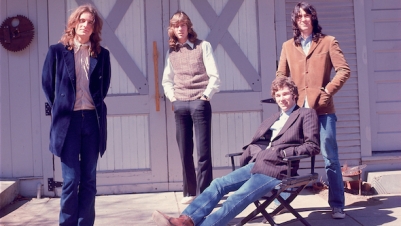 We’ve already mentioned the Hitchcock screening at the BFI London Film Festival, but the festival promises other treats including the documentary Big Star: Nothing Can Hurt Me.

The film takes a reverential look at the 1970s band, better known now for the influence their melodic power pop had on late 80s indie than for the success they had while they were together. Teenage Fanclub’s whole career is pretty much a Big Star cover version. Although only together for three years between 1971 and 1974, they made three albums – none of which sold as many copies as they should have. Just as you’d want from such a documentary, the film features rare footage, interviews and plenty of their sublime music – I’m a big fan in case you didn’t guess.

Like many of the films showing at the festival, there are two chances to see it – either Saturday 20 October at 8.45pm or the next day at 1pm, both at the BFI Southbank. Tickets go on sale to the general public on 24 September, but sooner if you are a BFI member.