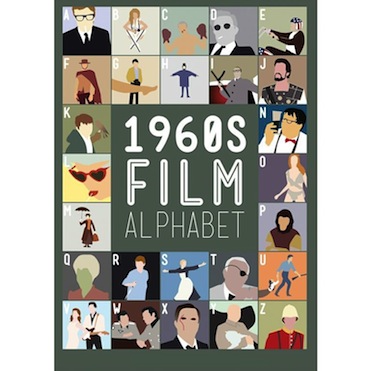 Test your knowledge of classic films with this 1960s Film Alphabet print by Wildish & Co, produced in partnership with Culture Label.

The print runs from Alfie to Zulu (though there are plenty of non-Michael Caine films in there too), with each letter of the alphabet being represented by a different film. So it's B for Barbarella, E for Easy Rider, K for Kes and L for Lolita and so on.