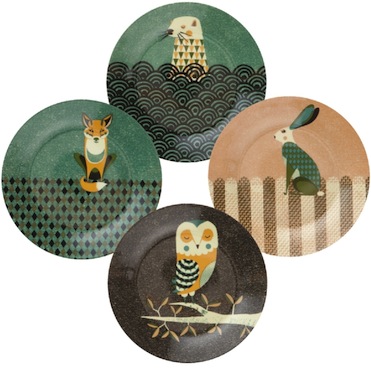 We've featured Tom Frost's charming mid-century influenced illustrations before. Now they've made it into your dining room too, with these new wildlife dusk plates.

Probably too attractive to actually eat off, these plates feature four different creatures – an owl (probably familiar to anyone who remembers his stamp collection), a fox, a hare and an otter. They look great individually but, with a carefully toning colour palette and a different pattern on used in each plate, they probably look their best as a set.

They're currently available to pre-order for £17.50 from Design My World. 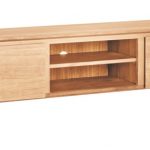 One thought on “Wildlife dusk plates by Tom Frost”