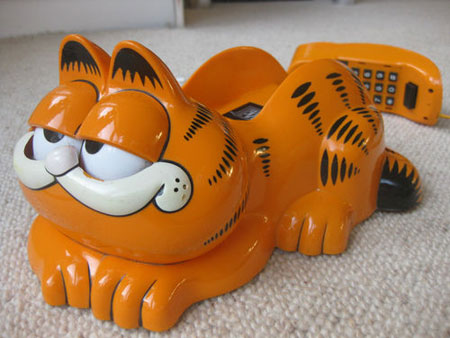 What's not to like about this 1980s Garfield telephone? It's fantastic.

This officially licensed design also a working phone, if you are worried and approved for UK use. It also has essential modern functionality like push buttons and keys to get you through automated call centres. Just plug in and you're away. When you do, you'll noticed Garfield's eyes are shut when the phone is in the cradle, but open when the phone is lifted. Nice.

As for condition, it is described as good, with bright colours and a shiny surface, but there is some wear to the handset where it is held, some ofd Garfield's markings have been worn with use and there is a 'very small' crack at the end of the tale, described as 'virtually unnoticeable'.

So wear consummate with age you'd say, but still a cool thing to own – and there are plenty of images to see it up close on the listing. Right now, it's at just 99 pence with no reserve. 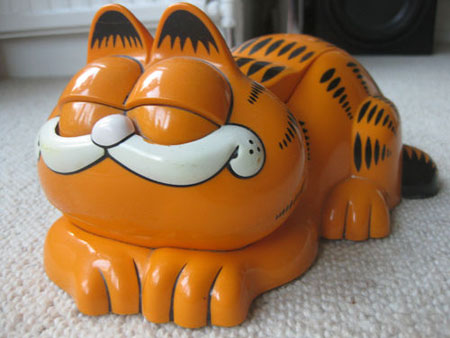