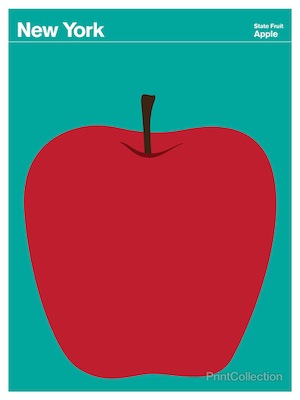 From Alabama to Wyoming, Julian Montague's State of America series re-imagines all of the 50 states in a manner worthy of the twentieth century.

Montague has illustrated each state using one of their official insignia, be that animal, vegetable or mineral. Each insignia has been simplified, with text added, so they resemble a classic mid twentieth-century book design. Fittingly New York is represented by an apple (one with a passing resemble to Enzo Mari's La Mela). Oregon is represented by the pear and Wisconsin, shown below, some rather stylish looking corn.

See all the states and order them from Print Collection. 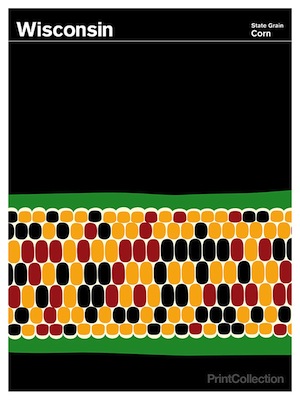 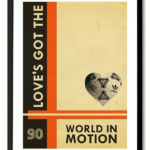 Manchester: So Much To Answer For at Proud Camden