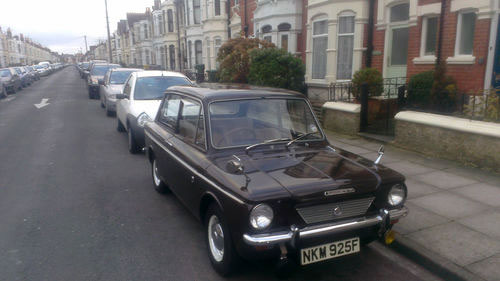 Heard of the Hillman Imp? There's a good chance you have. But how about the Singer Chamois? Possibly not. But the two aren't a million miles apart.

In fact, the Singer Chamois was a more upmarket (or luxurious) version of the Imp and is probably a much rarer car than the Imp these days. So seeing one on eBay for not a lot of cash is pretty interesting.

This example is a good one too on the face of it. Dating from 1968 and with 54,000 on the clock, the car has had two previous owners and has been mainly garaged. It also comes with an attaché case full of paper work, old mot's, even a hand written diary of all its early journeys, fuel used, servicing done and so on. Someone has obviously looked after this car.

Negatives are the need for some clips to put some chrome back on, worn carpets are worn in the front and the wood trim inside. which could do with re-varnishing. Minor stuff really. Especially when the price is at £665, which it is right now. Lots more images on the listing, including some internal shots. 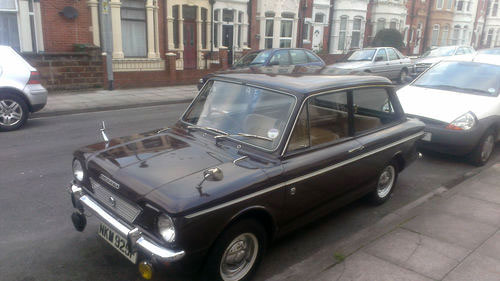