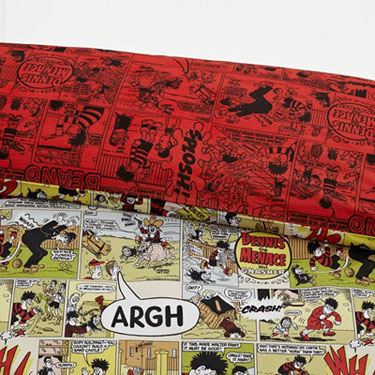 Whether you are a big kid or a small one, there's a Beano duvet cover set for you.

That's because this cartoon-laden duvet set is available for both single beds and double beds. So not just for the little ones. The design is the same for both though, with classic imagery from the comic's heyday on both sides – a bold red version is on the reverse.

Each set contains 1x duvet cover and 2x standard pillowcases or 1x pillowcase for the single. A single set is £30, with a double selling for £40. 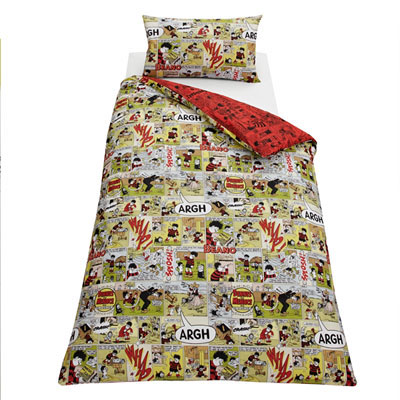