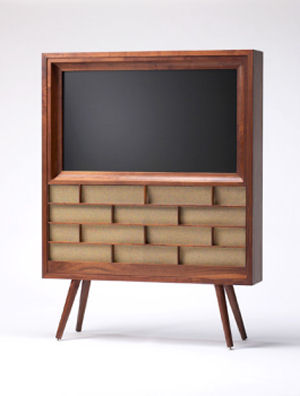 Disguising clever, but unattractive modern technology in style of the past is clearly a growth industry with the flat-screen television being the most popular item for makeover.

California-based Wilkerson Furniture have designed the M21 Flat TV Console, which houses flat-screen television in a mid-century style stand. Made from a mixture of solid and veneer hardwoods, the console is available in black walnut or cherry and can be custom-built according to the size of your television.