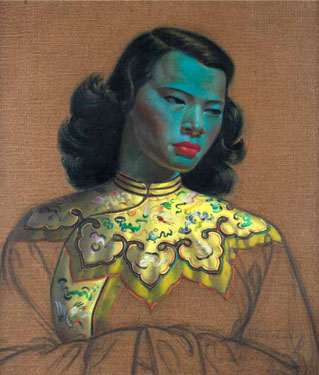 Type Tretchikoff into eBay and you'll be greeted with well over 100 results, including a number of prints of the iconic Chinese Girl by Vladimir Tretchikoff. But there is only one original – and it is up for auction at Bonhams this month.

Yes, the painting that set off a craze throughout the '50s and '60s, not to mention a wave of nostalgia in more recent years. The print is dated to 1954 and was acquired by the seller's family from the artist directly.

It's an oil on canvas, which has been exhibited in galleries widely since the mid-1950s and is sized at 76.2 x 66.5cm. It is, of course, signed and dated by the artist.