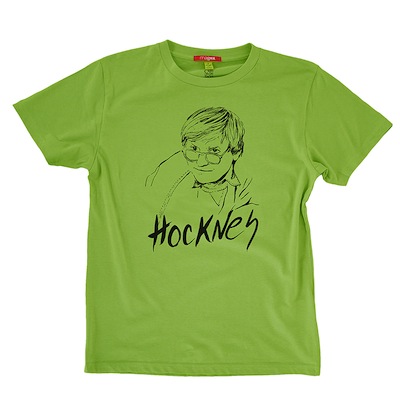 He's one of the art world's most fascinating characters, possibly even justifying the title of living legend, so it's great to see David Hockney included in a new range of artistically-inspired T-Shirts by Camille Rousseau for Magma.

With his mop of hair and round glasses, Hockney is also probably one of the art world's most distinctive stars and, naturally, both are obvious in Camille Rousseau's portrait. The illustration has been screen-printed onto an organic cotton T-Shirt, which is available in both men's and women's sizes.

Hockney is in good company too with Jean-Michel Basquiat and Pablo Picasso also in the collection.

The T-Shirts cost £30 each: order them online.