Skip to content
70shares
Note all articles are independently researched and written by myself. However, if you buy via one of the links it may be an affiliate and I may earn a small commission. 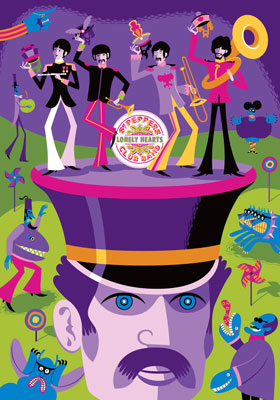 The Beatles x Shag May I Introduce You limited edition prints will be highly sought after at launch – which perhaps explains why the general edition will be sold via lottery.

The imagery in question is the Sgt Pepper's Lonely Heart's Club Band in the Yellow Submarine movie, with Shag adding his slant to the 1960s cartoon styling of the Fab Four on three different editions.

Each print is sized at 20 x 28 inches, with each one individually numbered and signed by Shag. The standard run is a limited edition of 150 and will sell for $225. However, it's not just a matter of finding the cash. You'll need to register at the Dark Hall Mansion site if you want one – 150 people will be selected at random to buy the finished article.

In addition, there are two exclusive colour variants being sold via the Beatles.com site from later today, those also being individually numbered and signed by Shag and limited to just 50 and 25 pieces. The orange colourway will sell for $500, with the other colour option at $750.

The latter two will be available from here from 10th September 2013 at 9:30 AM PST (so you still have time to talk to the bank!). Details of getting in the draw for the standard edition can be found here – with that draw not taking place for another few days. 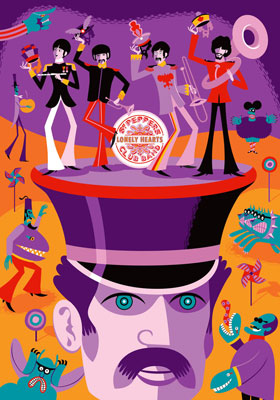 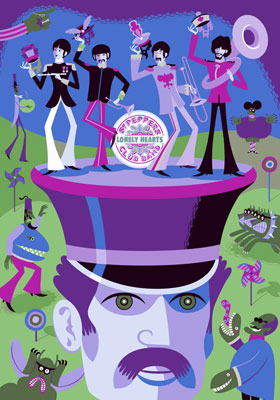 Every Man’s Memory Print from the MinaLima Collection