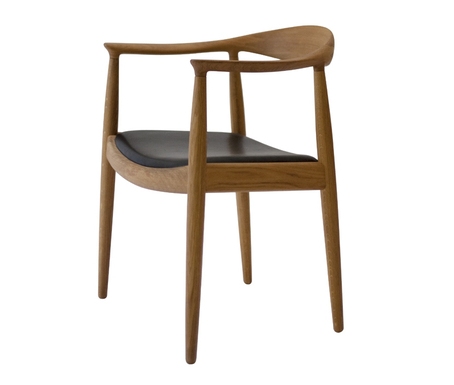 Designed in 1950, Wegner referred to this chair as the Round One. In 1960, the chair earned itself the name of simply 'The Chair' when it was used in the first televised presidential debate between Kennedy and Nixon. The candidates sat in the chairs, which were specificially imported from Denmark and chosen for their comfort and quality. So knowing that two of America's most famous (perhaps infamous in Nixon's case) presidents have sat in these seats, would you be willing to be pay £3,612 for the same honour?

If you are or simply want to find out more, visit TwentyTwentyOne for more details.