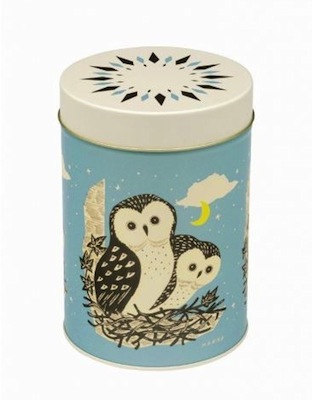 They may be in a very similar style to the Magpie Forest Friends range we featured a while back, but these animal storage tins feature genuine 1950s illustrations by John Hanna.

Very little is known about John Hanna but the illustrations he made in the 1950s for the covers of Country Fair magazine have been unearthed and reapplied to a range of caddies and tins of various sizes. There is something for all tastes, such as the owl caddy shown above, or the dog tin shown below. As you can see, the original illustrations have been complemented by the use of vintage-inspired pattern.

Other designs range from domestic animals such as cats to other creatures you'd find out in the British countryside, including hares, badgers, foxes and swallows.

Order them from Willow Patterns. 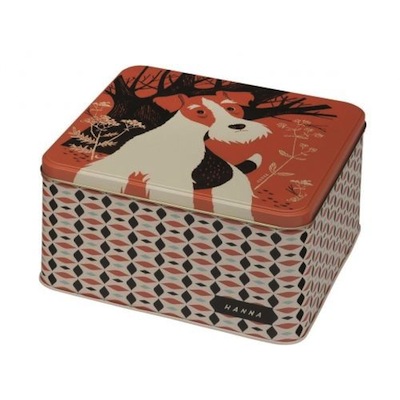