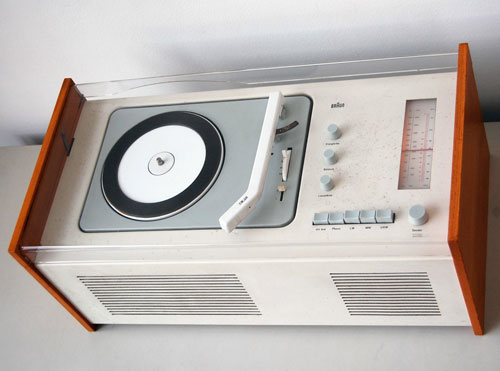 Dating back to 1961, it was designed by Rams in conjunction with Hans Gugelot for Braun, but more recently, the player dubbed 'Snow White's Coffin' was purchased at a flea market in Germany in 1992 and used since then in the UK.

it offers radio output plus vinyl playback, with audio via the valve amplifier and built-in speakers. It also comes with a cable to connect to a CD player or iPod.

it is described as being in original working condition, with surface blemishes to metal as well as general minor marks in accordance with age and use (see photos on listing). The wood is said to be 'good' with only one small bit of ply about 5 x 8mm missing to the side rear (and 'not generally noticed'). The plastic lid also has a very minor crack about 1cm to the left front of the acrylic lid, which is again describe as 'not generally noticed'.

Even with that in mind, the current price of £21 does hint at a potential bargain come auction end. 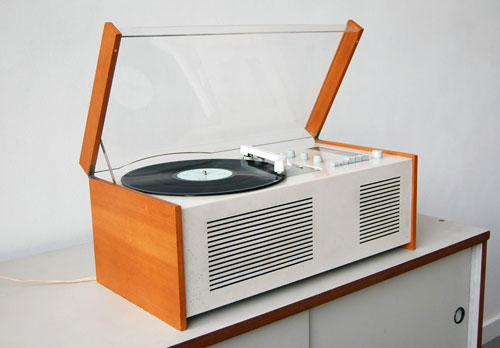