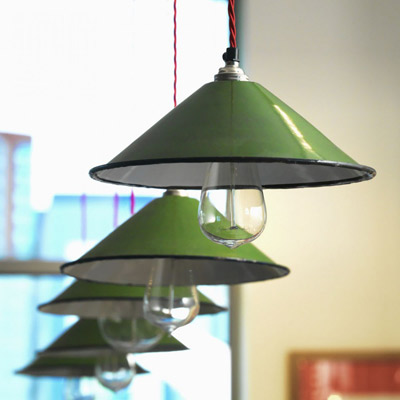 We do love reclaimed items, not least because they often have an interesting past. Saying that, we don’t know where these green iron lamp shades at Graham and Green actually originated from.

But we do know that the shades are reclaimed and we would hazard a guess that they came out of a factory and date from the early to mid 20th century. That is only a guess though – if you want to know for sure, you can always chase it up with the retailer!

Regardless of their heritage, the shades have a wonderful industrial look and a rather nice green finish, both of which would work well in a mid-20th century setting and especially a conversion. But you will need the ‘right’ bulb to set it off – and that’s not included.

But if you just want the shade, they sell for £22 each.

Find out more at the Graham and Green website 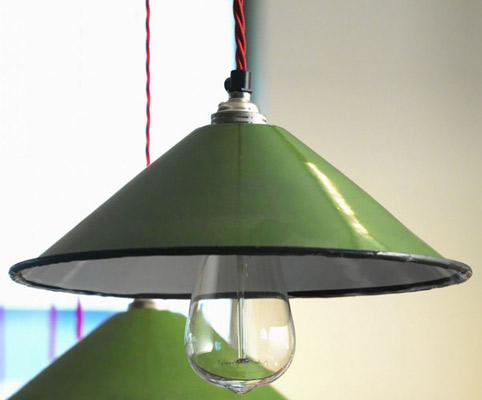 The Beano and Friends wall murals at Surface View