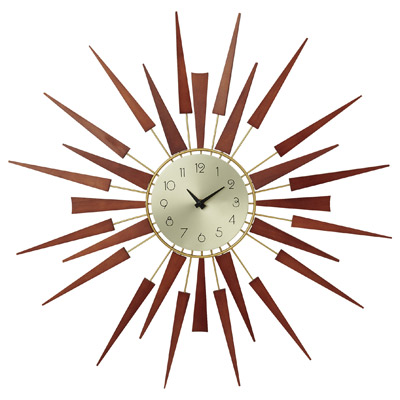 Good news and bad news about this Sputnik wall clock at Marks & Spencer. The good news is obviously that it exists.

Getting one is entirely different matter, more on that later. For now, we will focus on the clock, which is a reinvention of the classic sunburst (or starburst) clocks from the 1950s and 1960s, some of which have featured in our past eBay spots.

This is new though, despite looking like a vintage find both in terms of the ‘arms’ and the face. So that’s the good news, only the bad. You can’t actually buy this yet, despite M&S advertising it for some weeks now. As far as we now, it will be in stores and online from April (which is just days away), selling for £79. When we see it land, we will let you know.

Update: We just spotted a variation of this design on the European Marks & Spencer site. Sadly (for us at least), you can only order this European version if you are based in Germany, Austria, Netherlands, Belgium, Spain and Luxembourg. 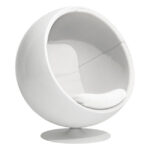