Don’t go looking for this at the usual online book retailers. You can only get The Rise Of David Bowie 1972 – 1973 book from Taschen. But do check the bank balance first.

It’s a stunning piece of work, perhaps because the subject matter is so stunning too. This limited edition volume focuses on a pivotal period in the career of David Bowie and perhaps the history of rock music. The year when David Bowie released The Rise and Fall of Ziggy Stardust and the Spiders from Mars and took the spectacular stage shows promoting it on the road.

On the road was fellow Londoner Mick Rock, who worked as Bowie's official photographer and captured the amazing images featured here. Stage shots, intimate backstage portraits, press images, stills from promo movies and more, with around fifty per cent previously unseen. If you are a fan, you need this.

The book is limited to a total of 1,972 numbered copies signed by David Bowie and Mick Rock, with two Art Editions of 100 copies each, with a pigment print signed by Mick Rock, also available. £450 is the price of the limited edition. Details of the Art Editions are still to be confirmed. 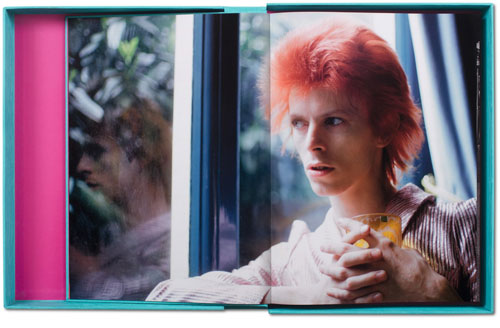 Just Can’t Get Enough: Toys, Games, and Other Stuff from the ’80s That Rocked

New York in the ’70s by Allan Tannenbaum