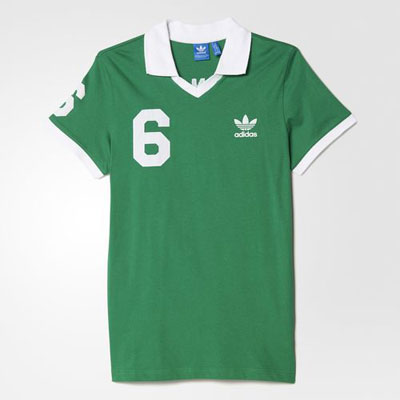 Funny one this. The maker describes it simply as the Adidas Beckenbauer OG polo jersey, but football fans of 1970s will recognise this as the classic New York Cosmos jersey.

The shirt is the one worn by Beckenbauer in the late 1970s during his time at the club. Maybe there are issues with describing it as a Cosmos shirt. Adidas simply describes it as ‘a direct replica from Franz Beckenbauer's archives’, which pretty much confirms it as the football shirt though.

The slim-fit top has the same detailing as the original, with the v-neck collar, number 6 on the sleeve and chest plus the Beckenbauer name on the back. No club badge, obviously.

Choose from the home and away versions in green or white, both selling for £38. 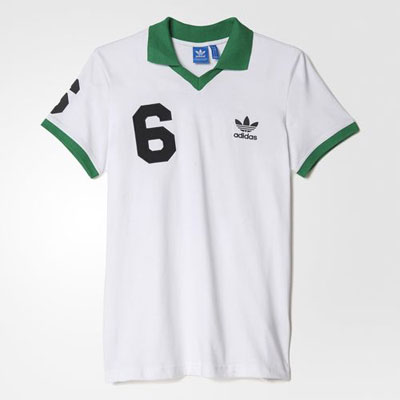 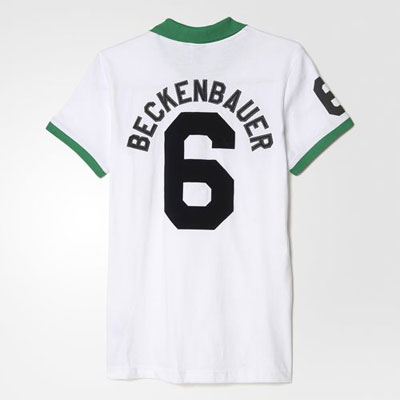