Skip to content
27shares
Note all articles are independently researched and written by myself. However, if you buy via one of the links it may be an affiliate and I may earn a small commission. It was a sought after re-release at the back end of last year, with the Adidas Jeans MKII trainers returning since in brown suede and a black leather. Now there is another version, this time in chalk white.

Yes, the same 1979 classic, but with a rather upper in that chalk white, which is essentially a slightly off-white. Outside of that is some contrast brown detailing, as well as the three steps and a gum rubber outsole.

£79 is the price of this particular reissue. 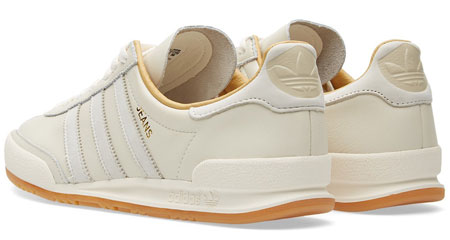