Dating back to 1968, the Cobra table lamp by Elio Martinelli is still as futuristic today as was back then.

That’s pretty much the point. This was the future. Space-age design was all the rage in an era of space exploration. Plastics were being pushed as the future and designers were seeing how far they could go with the concept.

Plenty of examples of good space-age design are still on the shelves as a result of reissues and a good number would do your home proud. But I have picked this one out because it’s a personal favourite and also it has an unusual feature, as you can see from the photos.

At first glance, a simple piece of lighting design, an eye-catching silhouette that will be a talking point in your living room or on your desk. But it lives up to its name when you move it.

The lamp’s shade can be rotated 360 degrees, creating that snake-like shape and allowing you to focus the light where you need it. Which is why the Cobra is good for a desk, as well as a bedside light or just as a feature light in your living room.

There is another reason for featuring this light now too. A new set of colours have just been made available by maker Martinelli Luce, with a design tweaked to use an LED bulb for the modern era.

Some of those colours are here, with other viewable on the retailer’s site. Talking of retail, you can pick up the lamp in red, black or white, with prices starting at £863.

Find out more at the Finnish Design Shop website 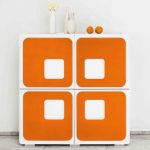