A pioneering design back in 1970, the Hamilton PSR was the first-ever digital watch. It’s now back on the shelves.

Yes, a replica of the Hamilton PSR is back on the shelves 50 years after it broke the mould for a wristwatch, shifting time-telling from hands to digital numbers and setting a trend that is still with us today. Digital was and, for many, still is the future. Whether a watch is happens to be a different matter. I love a watch. A stylish timepiece on your wrist gets you noticed. But for many, a glance at a smartphone will suffice. So for practical purposes, they aren’t as popular as they were, smartwatches aside.

If you are on the hunt for something cool, do check this one out. Although it doesn’t come cheap. The PSR, which was named after the Pulsar Time Computer (which is where the inspiration for the watch came from), is a good-looking watch but also (as you might have guessed) a very basic watch. The appeal, outside of the retro look, is the history and authenticity.

Although when I say authenticity, this isn’t an exact replica of that past watch. The new version has a ‘hybrid’ display rather than just the LCD of the original.

The original version also only showed the time when a button was pressed. With the new one, the time remains readable all the time, with an OLED display activated when the button is pressed to make the digits ‘pop’. Other features include a sapphire crystal anti-reflective coating and water resistance for up to 330 feet. Love a chunky bracelet too.

Note that there is a limited edition gold version for significantly more cash.  But the standard version in steel works just fine for me. Personally, It also has the benefit of being available in the UK too. Take your pick of a red or green display, with both selling for the same price. That’s £675. 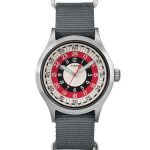 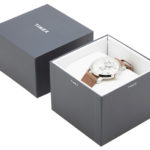 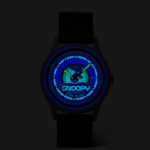