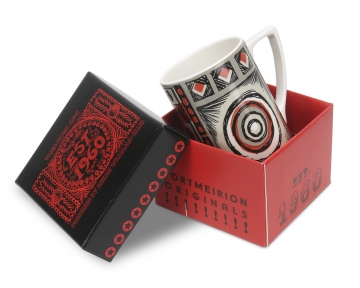 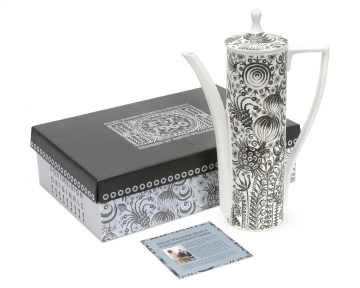 Another company highlighting their heritage: in 2010 Portmeirion celebrates 50 years. They've been looking through their archives and produced a collection inspired by Susan Williams-Ellis' archive designs. This coffee pot is based on a similarly shaped pot they found that was covered in William-Ellis' hand-drawings. These drawings were the basis of the Magic Garden design, which began to be manufactured in 1970. The design looks as current now as it must have done back then.

While mugs with this design are readily available, this coffee pot is limited to an edition of 500. Each pot costs £65.