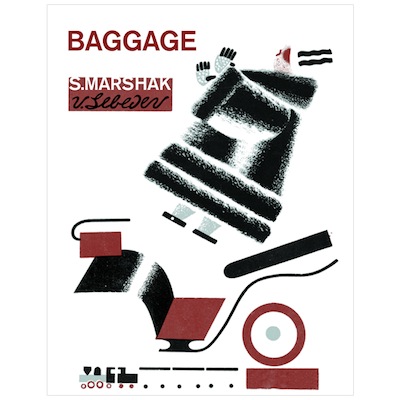 Baggage, written by Samuil Marshak and illustrated by artist Vladimir Lebedev, was first published in Russia in 1926. But this English-language reissue is sure to win some new fans, kids and adults alike.

END_OF_DOCUMENT_TOKEN_TO_BE_REPLACED 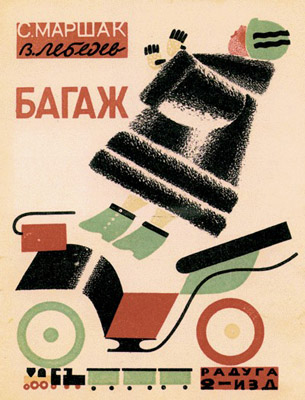 If you're organising your new year courtesy of the Redstone Press 2010 diary we featured a little while back, you may be interested to learn Redstone have collaborated with Magma to produce seven Masters of Early Russian Children's Books prints, based on some of the 1920s and '30s illustrations reproduced in the diary.

The prints are all striking and unusual images and include Vladimir Lebedev's 1929 illustration of woman driving to train station from 1929, shown above. Each print is hand-screen printed as part of a limited edition of 100 and costs £30.