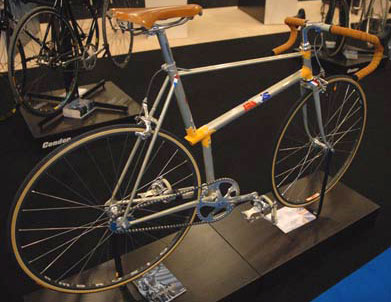 Granted for most people a classic bike is the Chopper, but for the enthusiast, it’s probably something like the Paris Galibier bicycle, which has been reissued by leading maker Condor.

It was originally designed by Harry Rensch in 1947, at the time the most advanced lightweight bike around, it also offered greater alignment and more rigidity than the more orthodox frames of the time.

Recently chosen by Wallpaper magazine as its Bike Of The Year, you can pick up the frame and fork from around £1,200 – so it’s very much for enthusiasts – and rich ones at that.

Image via Cycling Plus