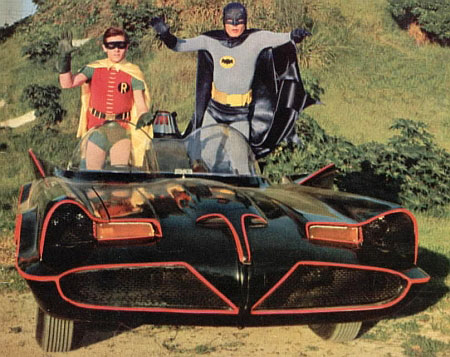 Yes, you have read it right – you could be the proud owner of the original Batmobile.

Ok, it wasn’t the only one, there were four made in total by custom car man George Barris for the 60s TV series, but it’s still quite a catch. It goes up for auction at the end of February at Coys auction house. But before you slip on the cape and mask, make sure you have plenty of cash in your pocket – it’s estimated to sell for around £75,000.