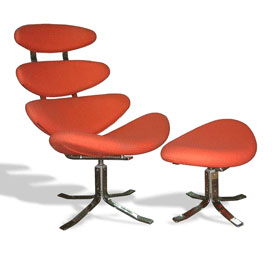 Time for another reproduction of a classic chair – the Corona Chair by Poul M Volther. Danish designer, Volther was heavily influenced by the Arts & Crafts movement and the Corona, is his most famous piece. It received wide-acclaim when it was first produced in 1964 and its popularity has continued since then.

Its distinctive four part structure was apparently inspired by time-lapse photography of a solar eclipse. As with all the best Scandinavian designs, functionality is just as important here as looks – the four upholstered shells give support to the body, so is reputed to be incredibly comfortable.

The Corona Chair and matching footstool are available from BlueSunTree priced £549. 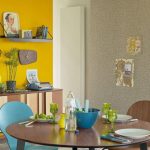