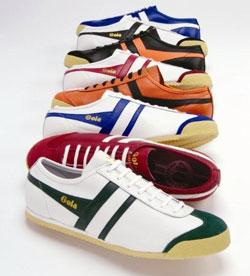 In 1968, the Gola Harrier trainer was designed by Fred Dilley as an all-rounder for virtually any sport. And with 2008 approaching, Gola has reissued the Harrier in a special 40th anniversary edition.

Originally available in just white and green, it went on to be released in 200 colour combintations and a few style changes. The 40th anniversary shoe will be faithful to the original design and in the colours you can see in the image – for both men and women. And to add that special touch, they will be sold in the original box design, each containing a leaflet about the shoe. 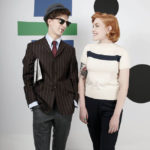