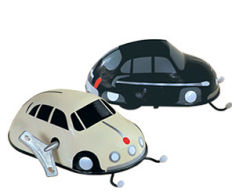 The Czech company Tatra had a long history in manufacturing vehicles. They were popular with the German invaders and then later with the elite of the Communist Party. The T603 in particular was particularly iconic with its distinctive 3 headlights. It was exported to other Communist countries – Fidel Castro had a white T603 specially-fitted with air conditioning.

Sadly we haven’t found an actual Tatra car for sale but just these Mechanical Tatra Toy Cars. Available in two models; a black version of the famous Tatra 603 or a white Tatra 87 which was an earlier design with a window-less rear. 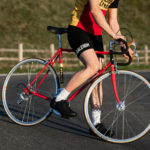