If you have anything Led Zeppelin-related, now is obviously a good time to get it out there. And things don’t come much bigger than a house – specifically the house where Led Zeppelin was formed.

That house is the Thames Boathouse, which Jimmy Page owned fro 1967 to 1973. As the name suggests, it was originally a boathouse for hiring and maintenance of boats before being converted into a house in 1959.

Judging by the gallery on the site, this is more country cottage than rock star hangout these days, but you do get a swimming pool for your rock excess, along with 40ft of mooring for a boat, two levels of living space and three bedrooms. Oh yes – and a prime living space in sought-after Pangbourne in West Berkshire.

If you fancy it, the property is up for grabs from January 2008 for around £1.2 million – approximately the price of four tickets for the O2 reunion gig. 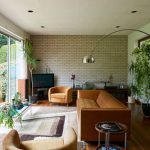 “Your Placemat or Mine?” Placemats and Coasters