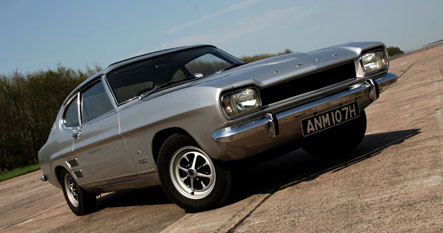 It’s coming up to the 40th anniversary of the Ford Capri – and it could see the return of this British 70s classic.

That’s according to German magazine AutoBild, which claims a modern Capri will appear next year, going into production in 2012. Details (as you might expect) are sketchy – but it’s said to be larger than the (underrated) Ford Puma, but smaller than the Cougar, offering decent space for both people and luggage. It’s also going to have a range of engines, likely based on the ones used for the Ford Focus.

But the big question is obviously whether Ford will go down the retro route with the looks or whether it’ll look like all the other boxes on wheels currently being offered by the company. We live in hope.

Find out more about the classic Ford Capri