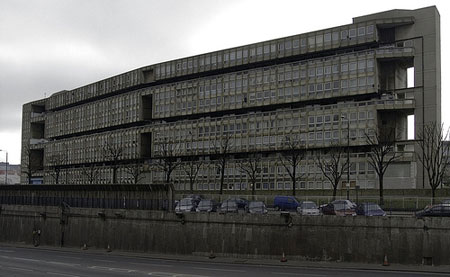 There’s a debate going on right now about 70s architecture – and Robin Hood Gardens in East London is right in the middle of it.

This slice of Brutalist architecture was built by the Smithsons Partnership between 1969 and 1972, an example of the ‘street in the sky’ concept that was taking hold of our towns and cities during the era and often described as their ‘best building’. It houses 213 flats, all overlooking a large green area of communal land. Architects are demanding it is listed and refurbished to a standard befitting its status – and a decision on this by English Heritage and architecture minister Margaret Hodge will be made in the next week.

Listing is not an option preferred by the local council. It claims upgrading will cost £70,000 per flat, with one eye perhaps on using the land as part of redevelopment of the area. But what do you think? Is it an eyesore? Or does this kind of groundbreaking architecture need to be saved and upgraded? Let us know your thoughts if you have any. Personally I think we should protect these buildings as part of our 20th century heritage. 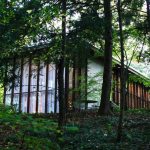