Raindance Film Festival is the UK home of independent film, the cooler edgier alternative to the London Film Festival. Amongst the weird and wonderful, experimental and low-budget masterpieces, this year’s festival has quite a lot to offer the retro consseisseur.

The sounds of 1950s rock n roll are remembered in the premiere of “Flick”. A pirate radio station playing the sounds of the fifties brings a teenager who died 50 years ago back from the grave to search for his lost love and take revenge against his tormentors. “Flick” stars Faye Dunaway who will be attending the screening.

The musical strand of the festival offers a wealth of interesting features including “All Together Now” about the collaboration between The Beatles and Cirque du Soleil, “Patti Smith Dreams of Life” following the artist over 11 years of international travel and “A Life In The Death Of Joe Meek” a documentary about Britain’s first independent pop producer. There is also the marvellously titled “It’s Only Rock N’Roll (But I Like Keith)”,a documentary following a group of die-hard Rolling Stones fans as they travel around Europe to see their idols. It focuses particularly on Max, a man obsessed with Keith Richards.

Lastly for fans of eighties teen movies, there will be a special Q&A with former child star Corey Feldman. Hosted by Rotten Tomatoes editor Joe Utichi, there will be clips of your favourite Corey films followed by a chance to ask Corey your questions!

16th Raindance Film Festival runs from 1st to 12 October in London. For a full schedule, visit the festival website. 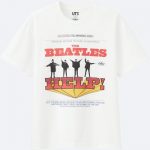 Personalised Be My Baby Card by The Design Conspiracy

Woodstock: Three Days that Rocked the World by Mike Evans and Paul Kingsbury