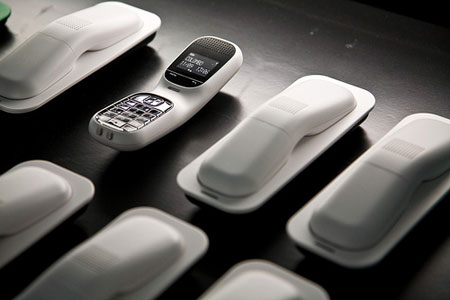 Ok, everyone wants one, but no-one quite knows how. So we’ve dome some proper research on how to buy a Colombo Phone (and added that to the info kindly supplied by Andrew). Want to know what one is? Go here. Want one? Read on…

Where can I buy one?
Only Selfridges initially – and not just London. We hassled Manchester today and they have stock arriving too.

When is it available?
The shelf date is scheduled for ‘mid-September’, so might be worth checking the shelves around that time (or ringing up).

Is it only available in orange?
No – there’s now a white version on offer as well as the original orange. See the image above.

Any other changes?
There’s now an answerphone built-in. Nice touch.

How limited will it be?
I suspect very limited initially. Only Selfridges are getting it and not in huge amounts. For example, the London store is getting 75 handsets. But once it gets offered elsewhere, should be plenty of stock.

And that all-important question…how much will it cost?
£59.99 for the master and slave (twin pack) or £39.99 for the single phone.

Can I order online?
Basically no – although Selfridges claim to be doing mail order once the phone has been released, you’ll have to call them on the day of release or after. Whether that includes overseas isn’t clear. If you need to contact the store, ask to be put through to the ‘tekzone’ and ask for Rohan.

Anything else?
Nope – that’s everything. If you want to see more images, check out Andrew’s Facebook gallery. 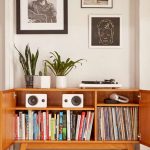