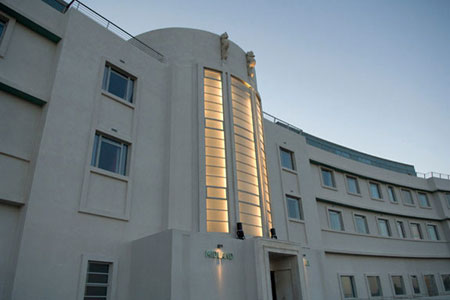 Well, the media hype has died down and the ‘out of season’ is upon us, so it seems like the perfect time to finally check out the Midland Hotel in Morecambe. And as we weren’t on a press freebie, we are free to tell it as it is.

The two of us actually booked a room via Laterooms, which seems to have some good deals (as long you don’t want a Saturday night). We also tried to book in at the restaurant online, but our emails were ignored. More on the Midland’s eating later.

Getting to Morecambe is easy enough – up to a point. That point is when the M6 reaches Lancaster, where you’ll be forced to hit the city’s busy ring road before heading off into Morecambe centre. And don’t expect any signs for the Midland either, just head to the front and look out for the large white building, thankfully with a large car park to greet you. 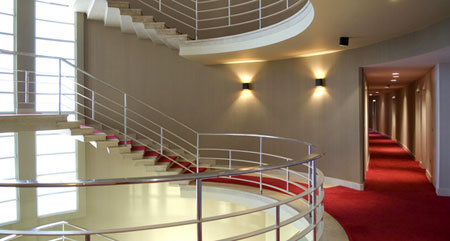 And when you get out of your car, be prepared for a stunning site. The exterior is every bit the authentic art deco gem – you could be back in the day if you ignored the fun pub and Aldi across the road. The interior isn’t bad either. It’s a mix of the old and the new, the spiral staircase and wall art surviving from the past, while a range of contemporary and mid-century pieces offer a difference kind of retro twist for the open-plan ground floor. Look to your left for the function rooms and check-in desk, check out the right for the restaurant and two bars.

Once at check-in, be amazed for something you don’t find often in high-end hotels – friendly staff. The desk team can’t do enough for you – even offering a guided tour and a book on the history of the hotel if you’re up for some history. And the bar staff will chat to you all day and night. If only all hotels were like that. Must be that northern hospitality.

After we signed in, we were guided towards our sea view room – a bit of a waste really with a thick fog covering the town, but that’s the gamble. It was still a very stylish room though, a great use of fairly limited space, able to pack in some cool design, one of the most plush bathrooms I’ve seen in a long time and a few of those little touches you really appreciate – bottled water and a pint of ‘real’ milk in the fridge, plenty of cosmetics and some bath robes and slippers for example. Could it get any better? Well, no, not really – but it could get a whole lot worse.

We did manage to eventually book a table at the restaurant and looked forward to a good meal, the menu did promise something approaching fine dining, albeit at a premium price. But it went downhill from the start. After waiting to get someone’s attention at reception, we were railroaded into ordering our food and drink, then got  our cold starters within a few minutes of ordering – still half-frozen from a lengthy stay in the fridge. Taste-wise, they weren’t great either. 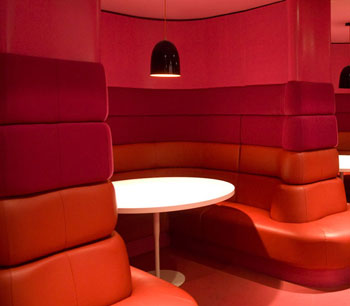 The mains arrived not longer after, one barely warm, the other just not very well made. A pile of mustard mash must have contained half a jar of mustard, rendering it almost inedible. The dessert was slightly better, but then we waited almost half an hour for our table to be cleared – and only after we’d wandered round to find someone to do it and give us our bill. The final tally was the best part of £100 – if we ever returned, we would chance our arm at one of the numerous small eateries around the town. They might not be great, but they’d probably be less than half of the Midland’s price. Thankfully, a lengthy stay in the Rotunda bar made some amends – a mix of old school style and space age design, it’s a great place to chill and once again, the staff were as friendly as any you’d encounter anywhere. A few drinks, a good night’s sleep in a very soft bed, a decent breakfast and we were away.

So would we recommend a stay at the Midland? Well, yes, of course, It’s one of the most stylish and architecturally-important hotels in the UK. But there are two serious problems. Firstly, the restaurant is awful – and until that it sorted, the hotel can never mix it with the big boys. But there’s one more important issue – Morecambe itself.

The town has long been in decline and despite some improvements in the two years since we last came here, Morecambe is still a grim place. Many of its more interesting buildings are standing near-derelict, the pubs near the front are ‘no go’, there’s little in the way of entertainment and with a fairly new Aldi across the road from the Midland, you wonder if there’s much of a planning policy in place to create something likely to pull in the affluent tourist.

Yet on a more positive note, Morecambe has some great housing stock, interesting period architecture, a huge coastline and best of all, the Midland Hotel itself. In a few years time, it could well be the ‘Brighton of the north’. We really hope so. But we’re not overly confident that’s going to happen. 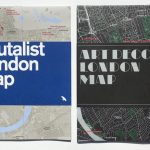