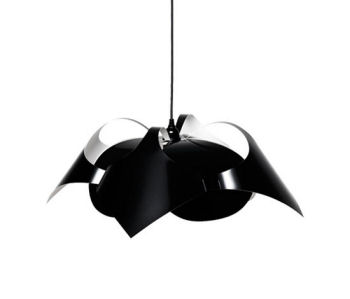 Poul Christiansen designed several lights for Le Klint in the 1970s and we’ve featured some of those before. Around the same time, Christian Ræder also created a pendant light for Le Klint, The Joker, which has recently been reissued.

Designed in 1970, The Joker won first prize at the Scandinavian Lighting fair. It is available in all white or in black on white, the latter of which shows its Batman influence most.

It is available from Designer Lights, priced £142.

French Allumettes – light up with a vintage match