When looking for chairs, the same culprits seem to come up again and again, very much influenced by European and North American design schools. This FDC1 armchair was designed in the 1950s but comes from slightly further afield, being one of the designs of Brazilian Flávio de Carvalho.

Flávio de Carvalho was one of those frightening people whose work seemed to include a bit of everything: he is heralded as one of the forerunners of sixties Performance Art, he produced fauvist influenced paintings and experimented with architecture. Le Corbusier described him as the 'Romantic Revolutionary'.

Furniture design then wasn't his main preoccupation but this chair, known as the FDC 1, was created as part of his Capuava ranch project. It remains a very striking piece, reminiscent of the tribal art that played a large role in this work, and is now available in the UK through Bodie and Fou. Made from from carbon steel with full grain leather seat, in either  black, tan or dark brown, the chair would cost you £1255. 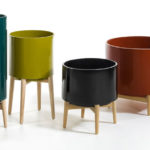 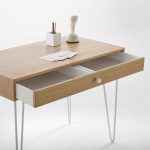 A Few of Our Favourite Things Wrapping Paper by Lab Partners