Skip to content
25shares
Note all articles are independently researched and written by myself. However, if you buy via one of the links it may be an affiliate and I may earn a small commission. 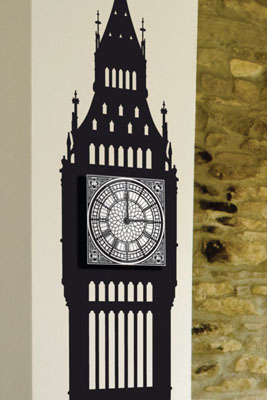 This year was the 150th Anniversary of Big Ben, which was the inspiration behind this Big Ben Wall Clock.

As pedants will no doubt note, Big Ben is actually the bell, rather than the clock or the tower, but the name is often applied to the landmark in general, which is what this item looks like. It consists of a 2 metre wall sticker, with a cut out pane to allow the separate clock face to show through.