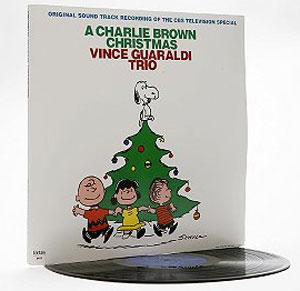 Only the coldest of hearts could fail to be melted by a Charlie Brown Christmas but if watching this classic film isn’t enough then the USA Urban Outfitters is selling the soundtrack on vinyl.

The LP features 12 tracks played by the Vince Guaraldi Trio who composed numerous other scores for the cartoon series. The soundtrack was originally released in 1965, reissued in 1988 and available now exclusively at Urban Outfitters, priced $24. Urban Outfitters are also selling “This Tree Needs You” replicas of the bedraggled Christmas tree from the film and Linus’ blankets too, so you can recreate the Charlie Brown Christmas in your own home.