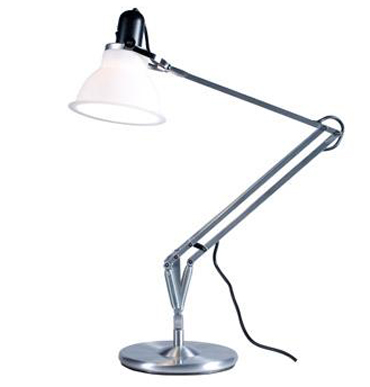 The Anglepoise Type1228 was created to celebrate the design of its predecessors, and has already become a classic since its launch in 2004.
The choice of coloured ambient shade now includes white in addition to orange, grey, blue and green. The lamp comes with table base as standard and can also be used with a clamp for attaching to a desk.
Anglepoise has had plenty of impersonators over the years, but it's a good British company that has been going for over 70 years. The price of the Type1228 is £146, not bad for a British Classic.
Buy it online at Anglepoise.

“You are My Sunshine” Deckchair