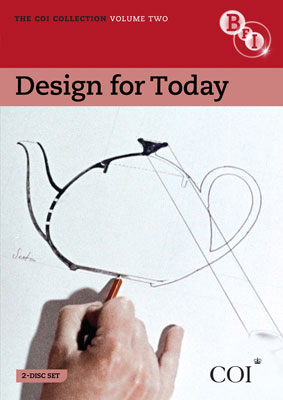 The BFI is currently releasing rare and historical documentary films made by the Central Office of Information on DVD, with the upcoming COI Collection: Design for Today DVD set looking to be an essential purchase.

Released on 22nd March 2010, it's a two disc set, one covering architecture and design from days gone by, the other looking at fashion during a similar era. That first disc offers upDesigning Women (1948) in which Joyce Grenfell takes us through the dos and don’ts of home furnishing; Brief City (1952), modernist architecture and design on show at the Festival of Britain; Design for Today (1965), Hugh Hudson’s day-in-the-life of British design, and Peter Greenaway’s Insight: Terence Conran (1981), showing Conran at the height of his success.

Two films of the feature specially-commissioned scores by Saint Etienne (Designed in Britain (1959) and Design for Today), although the original scores are included if you prefer.

Disc two looks at fashion, from miniskirts to Savile Row tailoring. Among the films are Insight: Zandra Rhodes (1981), in which Peter Greenaway and Michael Nyman team up in an early collaboration, and The Pacemakers: Biba (1970), a look at the work of Barbara Hulanicki. Also included are two short pieces about 60s and 70s fashion – Miniskirts Make Money (1968) and The Country Look (1971).

The set officially retails at £19.99, although Amazon is already doing pre-orders for a heavily discounted £11.98. 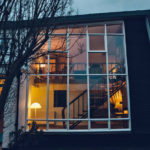 Five of the best: Retro holiday lets in the UK