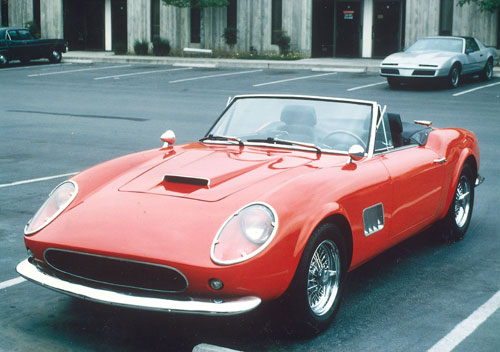 Styled by Pininfarina, the original is a sought-after speedster, finishing highly in races like the Sebring 12 Hours and the Le Mans in the late 50s. It can probably burn a car or two off at the lights still, as well as turning heads for its style and movie star looks.

Not cheap though, with the estimate at £30,000 – 40,000. But the auctioneers do point out that the car is 'ready to drive', so no more expense once you get it, aside from the hefty insurance premium. The auction is part of the Bonhams Collectors’ Motor Cars and Automobilia auction, which takes place at 11am on 19th April 2010 at the RAF Museum, Hendon.

2 thoughts on “Ferris Bueller Ferrari up for auction at Bonhams”