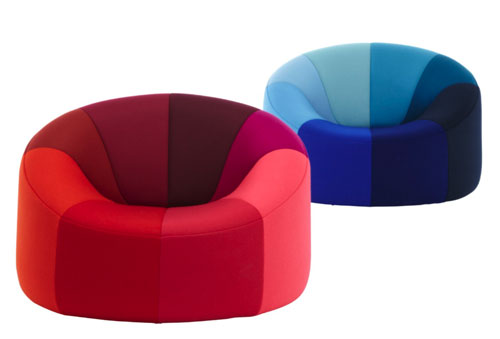 The original reissue has been featured on thos pages before, but now you can join the queue for a limited edition Ligne Roset Pumpkin armchair in two striped finishes.

The new versions of the Pierre Paulin space age classic are to celebrate Ligne Roset's 150th anniversary, with just 150 of the red and the blue being offered worldwide. Or red Divina and blue Divina if you want the official names. All will be numbered and feature the slogan '150 ans d'avance' and the Pierre Paulin textile label.

The original was produced in 1971 for seating for the private apartments of Claude and Georges Pompidou at the Elysée Palace. In 2010, a basic Pumpkin costs from £900. The limited edition? That will retail for around £1,500.