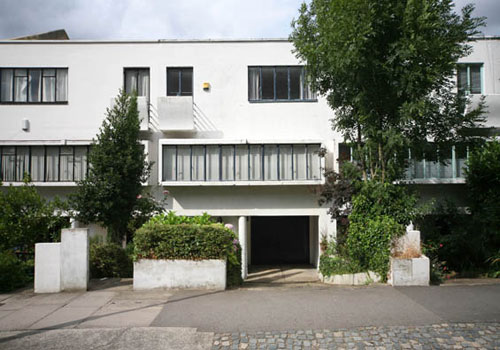 It's a style that doesn't appeal to everyone, but from architectural perspective, this 1930s Berthold Lubetkin-designed modernist house on Genesta Road, Plumstead, London SE18 is one of the most significant period houses in Britain.

A mid-terrace house, it's one of a group of four properties designed by Lubetkin in the early 30s, grade II-listed and one of the last few properties remaining by Lubetkin and his Tecton practice, alongside the penguin pool at London Zoo, Finsbury Health Centre and the Highpoint flats in Highgate. 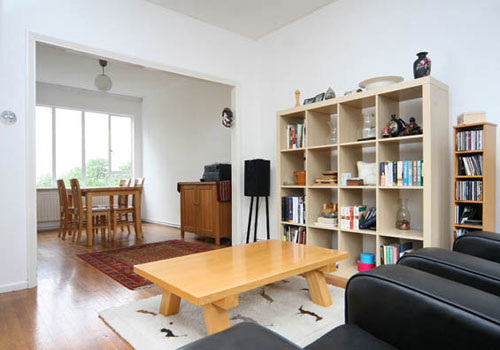 This particular property has been in the same family's hands for many years and is described as being in 'presentable condition', still offering modernist features including a sweeping spiral staircase, Crittall windows, white render and Lubetkin's signature curved balcony.

The properly offers three bedrooms and a bathroom, an L-shaped reception and dining room, separate kitchen, utility room integral garage and a long stepped garden to the rear.

Offers will be considered around the £375,000 mark and there's a viewing day on Saturday 21st August 2010 if you happen to be interested and around.

For sale: 1970s five-bedroomed house in Gosforth, Newcastle upon Tyne