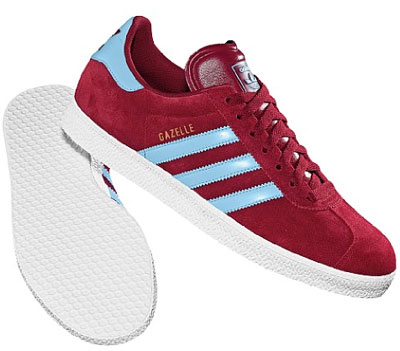 Quite possibly exclusive to the Adidas online store as I’ve not seen these particular shades around before, these Adidas Gazelle trainers are certain to have a footie-friendly appeal.

Three colourways are on the market – but I suspect the claret and blue above will certainly go down a storm with fans of West Ham, Aston Villa and Burnley. In fact, I reckon this is already a must-have for fans of thise clubs. Adidas isn’t stupid, it knows what it is doing when it comes to picking out these shades.

If the claret and blue doesn’t work for you,  then check out the green and blue colourways over the page for something equally eye-catching.

As you might have guessed, this is the Gazelle II version of the 1968 all-round sports shoe, with a suede upper, as well as a contrast white sole and all the expected Adidas detailing such as the stripes, contrast heel and Gazelle branding on the side.

After some years of not being available, the Adidas Gazelle in claret and blue is now available once more, You can pick up a pair for £70 in all sizes at the Scotts website. 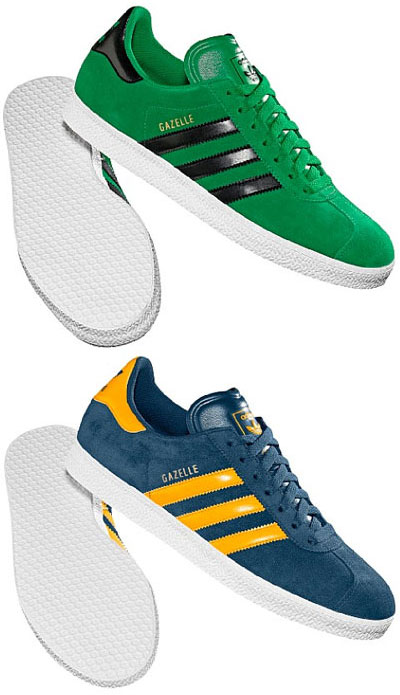