Skip to content
48shares
Note all articles are independently researched and written by myself. However, if you buy via one of the links it may be an affiliate and I may earn a small commission. 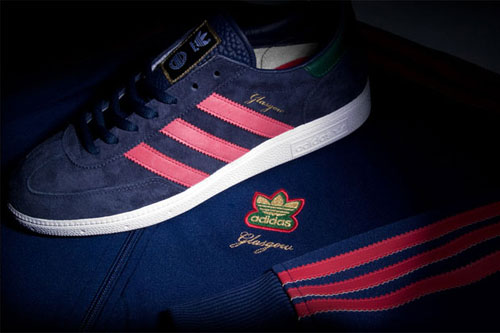 Another City reissue, another Size? 10th anniverary exclusive – this time the Adidas Glasgow trainers and tracktop.

It follows in the steps of other sought-after Adidas anniversary reissues (I'm sure we all remember the chaos of the Adidas Manchester reissue), with the same number of Glasgows being offered as the Manchester – 500 of the tracktop, 500 of the trainers. 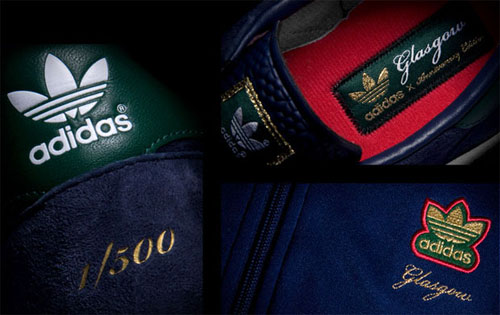 The usual shady images give just enough away to show what looks like a dark blue colourway with salmon pink detailing, plus a perforated tongue and 'handwritten' Glasgow branding for the trainers, not to mention a white contrast sole. The tracktop uses the same colours, but has the 'Glasgow' under the Adidas badge on the breast.

Numbered as you would expect, they go on sale, presumably for similar prices to the Manchester (around £69.99 for the footwear) from September 4th. So you might want to set your alarm early for that. They will probably be for sale online too, ideally via the 'lottery' method they used for the last Adidas limited edition.